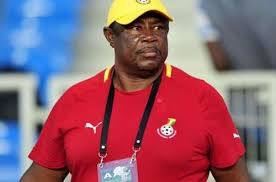 Most Ghanaians have criticised the update given on the Ghana national under 23 squad to travel for the friendly game against Japan.

On Thursday, the Ghana Football Association gave out a list of players to represent the U23 team in friendlies on 4th and 8th June respectively.

The squad was made of both foreign and local based players, which raised a lot of questions.

Yaw Yeboah who is 24 years of age and Asante Kotoko defender, Yusif Mubarik also 25 years both made the squad for the U23 side.

Abdul Fatawu Issahaku who has been listed in the 30 man squad named by the head coach of the black stars was also named in the squad.

One of the missing names in the squad, which raised a lot of questions was the inform Hearts of Oak midfielder, Salifu Ibrahim who has won seven MVPs in the Ghana premier league.

However, the list was updated on the GFA website with Salifu Ibrahim included as well as Asante Kotoko defender Moro Ibrahim and other inclusions.

Issahaku was no longer listed in the squad and many Ghanaians took to social media in registering their dissatisfaction on the development.

WE LOST THE GAME OUT OF COMPLACENCY - ANNOR WALKER