by Angela Dede Sackey
in Music
Reading Time: 3 mins read
A A
0 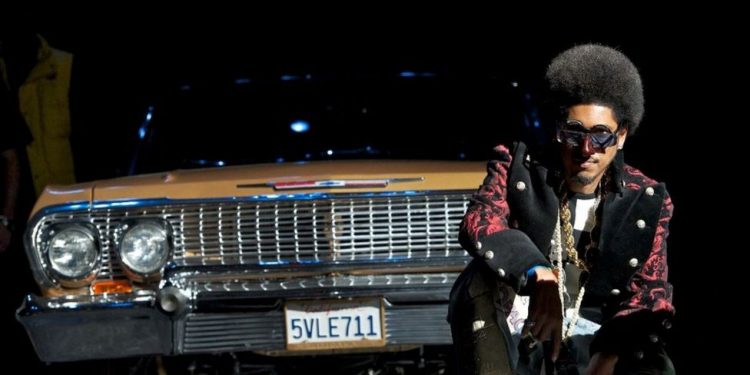 Shock G, the frontman of pioneering hip-hop group Digital Underground and co-producer of 2Pac’s debut album, has died at the age of 57.

Born Gregory Jacobs, he was known for his witty lyrics and comical alter-egos, but also played a crucial role in introducing 1970s funk to 90s hip-hop.

His biggest hit was The Humpty Dance, a feel-good party anthem based on his goofy character, Humpty Hump.

I COMPOSE SONGS BASED ON FEEDBACK FROM FANS – AMAKYE DEDE

Chuck D, Snoop Dogg and Busta Rhymes have all paid tribute to the star.

“What a tough loss at such a precarious time,” wrote Public Enemy’s Chuck D on Twitter. “Brilliant beyond… such a beautiful free mind, Brother. #RestinBeats my man.”

The news of Jacobs’ death was confirmed by Chopmaster J, who co-founded Digital Underground with Shock G in 1987.

He wrote: “34 years ago almost to the day we had a wild idea we can be a hip-hop band and take on the world.

“Through it all, the dream became a reality and the reality became a nightmare for some. And now he’s awaken from the fame. Long live shock G Aka Humpty Hump and Rest In Peace my Brotha Greg Jacobs!!!”

Digital Underground’s security manager, Nzazi Malonga, told the Associated Press that Jacobs, who had struggled with drug addiction, had been found unresponsive in a hotel room in Tampa, Florida.

The star’s family later issued a statement saying the musician “suddenly passed away” on Thursday.

“The cause of death is currently unknown,” they added. “We truly, truly appreciate all the out-pouring of love and concern. Please keep us in your prayers at this very difficult time.”

Born in Brooklyn, New York, Jacobs dropped out of high school in the late 1970s and had a brief career as a radio DJ, before finishing his degree and going to college to study music.

After relocating to San Francisco’s Bay Area in the 1980s, he started working in a local music shop – which was where he met Chopmaster J and formed Digital Underground.

Influenced by free-thinking musicians like George Clinton, Jimi Hendrix and Herbie Hancock, the band’s approach was playful and experimental – making them something of an anomaly during the ascendance of groups like Public Enemy and NWA.

“Sometimes we’ll combine any two, three or more styles and sometimes we’ll stick to just one,” Jacobs said in 1989. “It depends on whoever is getting involved in the track.

“There’s often plenty of different things happening in our songs, but that doesn’t mean we’re not into the idea of doing a simple rap over a basic beat. We like doing real straight stuff, real hardcore stuff too.”

After several false starts, the band made waves with the independently-released Underwater Rimes – which became a surprise hit in the Netherlands and landed Digital Underground a deal with Tommy Boy Records, the iconic hip-hop label that was home to De La Soul, Afrika Bambaataa and Naughty By Nature.

Their debut album, Sex Packets, was released in 1990 and quickly went platinum thanks to singles such as Doowutchyalike and The Humpty Dance.

“The Humpty Dance spoke to all the people that were like him,” said Malonga. “The fat people, the unattractive people. If you moved like him, you could be whatever you want.”

The song, which earned Digital Underground a Grammy nomination, was actually a last-minute addition to the album after another track, Underground System, was pulled over sample clearance issues.

The Humpty Dance became an MTV staple thanks, in part, to the character of Humpty – voiced by Jacobs as a flamboyant, pimp-like character with a blubbery, stuttering voice. He was often played on stage by Kent Racker, leaving many fans unaware that Shock and Humpty were the same person.

While the song marked the band’s commercial peak, they remained a powerful force in hip-hop, releasing six albums before winding down in 2008.

Their 1991 single Same Song boasts one of 2Pac’s first appearances on a commercial recording. Jacobs had mentored the rapper at the start of his career, giving him work as a roadie while shopping his demo tape to record labels.

He later produced and rapped on 2Pac’s first top 10 single I Get Around, as well as 1995’s So Many Tears – but he never took credit for the star’s success.

“It’s a lucky thing in the other direction,” he told Rolling Stone in 2017. “Pac discovered us, man, we didn’t discover his ass. No way.”

Among his other credits, Jacob co-wrote LL Cool J’s 1991 hit Mama Said Knock You Out, mixed Prince’s single Love Sign, and appeared on a remix of Luniz’s I Got 5 On It.

He also toured and performed with George Clinton and P-Funk, including a set at Woodstock 1999.

And 2Pac’s official page shared a 1995 quote from the rapper, which read: “I look back [on my times with Shock G] with the greatest fondness. Those were like some of the best times of my life.”