by Angela Dede Sackey
in Politics
Reading Time: 1 min read
A A
0 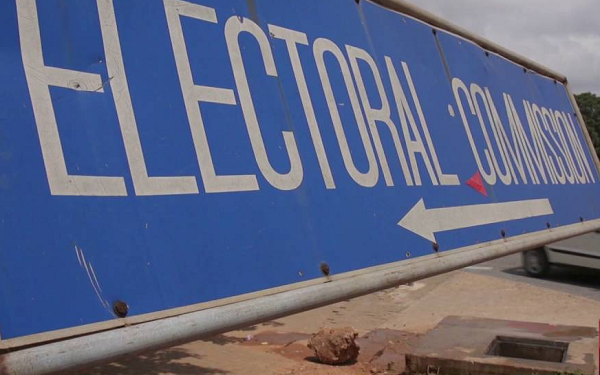 Electoral Commission (EC) have finally given the original pink sheets on the 2020 parliamentary elections held in the Techiman South constituency to the National Democratic Congress’ (NDC) parliamentary candidate, Christopher Beyere Baasongti for inspection.

This is in conformance with a court order which was given at the last sitting last week.

The court ordered that the original pink sheets are to be presented to Beyere for inspection, instead, the EC provided photocopies.

I’M FULLY IN CHARGE OF MINORITY IN PARLIAMENT – HARUNA IDDRISU

The court granted a cost of GHS2,000 in favour of Christopher Beyere, due to the Electoral Commission’s failure to aptly produce the documents as directed by the court.

The EC on the other hand was also ordered to make sure that the original copies are made available by 2pm on April 19, 2021.

According to reports, the EC reported at the court an hour late to file the original documents but the NDC arrived at the court with a generator and photocopier machine to access the documents since there was a power outage at the court.

The General Secretary of the National Democratic Congress, Asiedu Nketiah says there are still some issues with the documents submitted.

“This is just a simple process of the EC producing originals of some documents for our inspection, so we have inspected them and done some photocopies. The contents will be discussed when they are in the witness box.”

“They have provided us with documents, but we believe there are issues around those documents. We knew there could be a power outage so we came prepared with our photocopier and our generator so the lights going off couldn’t have stopped the process.”

ECG TO RELEASE A EIGHT-DAY ‘DUMSOR’ TIMETABLE FROM MAY 10

ECG TO RELEASE A EIGHT-DAY 'DUMSOR' TIMETABLE FROM MAY 10