by Angela Dede Sackey
in Tech
Reading Time: 1 min read
A A
0 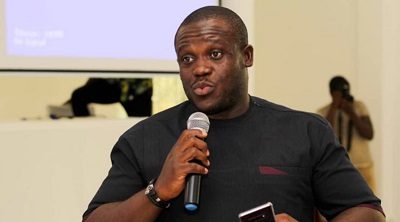 The Deputy Ranking Member on Parliament’s Communications Committee, Sam George, has urged the Minister of Communications and Digitalisation, Hon. Ursula Owusu-Ekuful, to provide enough details on the government’s takeover of telecommunications company, AirtelTigo.

The government and AirtelTigo completed negotiations and signed an agreement to transfer the shares of the company to Ghana. The agreement is to transfer all customers, assets, and agreed liabilities of AirtelTigo to the Government of Ghana.

GOV’T SIGNS AGREEMENT WITH AIRTELTIGO TO COMPLETE TRANSFER OF OWNERSHIP

“Government used to have 30 percent shares in Airtel but the government failed to make the capital injection into Airtel. And as of 2018, when Airtel appeared before the parliamentary committee, they told us the government’s 30 percent had been revalued to 3 percent because of the failure to do investment. Government has shares in Vodafone. Vodafone is also complaining that the government is not making the requisite investment.” He said.

“How is it possible that a government that is not able to make an investment for a 30 percent holding in an entity will get the requisite capital to buy a whole network to do the requisite investment and run it well?” He quizzed.

AirtelTigo provides services to about 5.1 million subscribers and offers direct and indirect employment opportunities to over 10,000 people.