by Angela Dede Sackey
in Africa
Reading Time: 2 mins read
A A
0 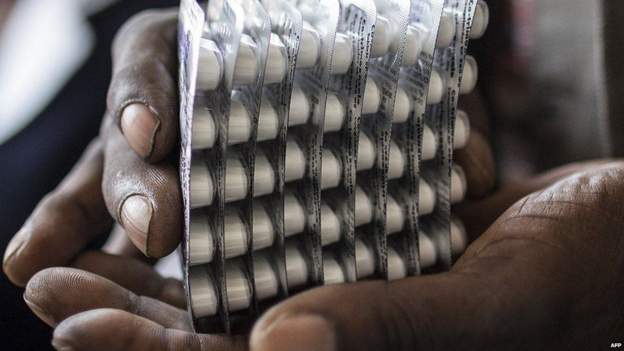 Kenya has exempted tax on a donation of HIV drugs that had been in the middle of a stalemate for three months causing a shortage in drugs.

The finance ministry said the exemption to the US development agency (USAID)’s donation was made after the health ministry said millions of Kenyans who depend on the antiretroviral (ARV) drugs were affected.

Many public hospitals were giving the drugs in rations, to stretch the supply. Patients used to get six months’ supply of medication at a go, but now, they can only get weekly doses.

The shortage was due to a tax standoff after USAID declined to import the drugs through the Kenya Medical Supplies Authority (Kemsa), citing corruption and mismanagement of the drugs. The agency opted to use a private company for importation and country level distribution.

Two important drugs, Nevirapine and Zidovudine syrup are completely out of stock. One is used to suppress viral load and boost immunity, and the other drug is used to prevent mother-to child transmission.

According to the ministry of health, last year, at least 6,800 babies were born with HIV because their mothers did not take medication properly during pregnancy and after birth.

Mothers at the moment have been advised not to breastfeed their children, to prevent transmission, since the babies are not receiving the right medical combination.