by Angela Dede Sackey
in Life Style
Reading Time: 1 min read
A A
0 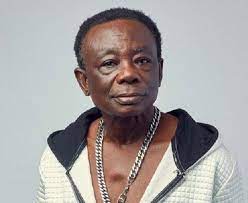 Veteran highlife musician, Jackson Alfred Adofo popularly called J.A. Adofo says he regrets bleaching his skin and cannot even forgive himself for that.

According to him, what lead to his body bleaching was societal pressure. He explained that he was pushed into the act since it meant a sense of belonging and a trend at that time.

He continued to say that, in those days, when a person bleached their body or permed their hair, it meant the person was classy.

BEWARE OF LOVING ANY WOMAN OTHER THAN YOUR WIFE – DRAKE ADVISES

“You know at that time, bleaching and having permed, curly hair meant a lot to people who thought they had arrived. As a musician at my peak, I wanted to feel that sense of belonging so I bleached my skin.”

“I thought that way, people would know that I was a big man, but later I regretted my actions having learned of the complications of bleaching and the consequences people suffered.”

“I even found out that it was difficult for surgeries to be performed on bleached skin. Till date, I feel guilty for doing that and really wish I could change the hands of time.”

“In my era, before your song was played on the radio or anywhere, it wasn’t supposed to be profane, but it appears now everything and just anything is played on air.” He fumed.

”Also, I think the media is doing well in the promotion of Highlife but can do better, and I want to challenge them to do more.” He urged.