I COMPOSE SONGS BASED ON FEEDBACK FROM FANS – AMAKYE DEDE

by Angela Dede Sackey
in Music
Reading Time: 1 min read
A A
0 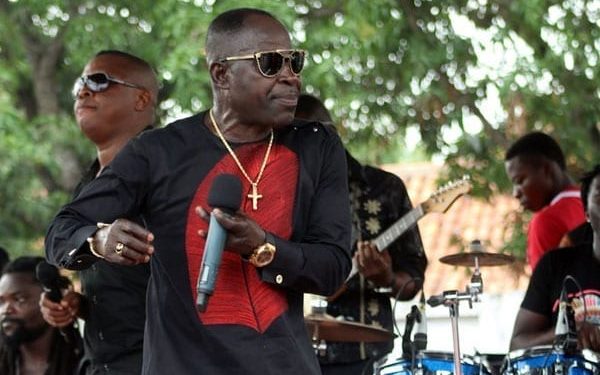 Legendary Ghanaian highlife musician, Daniel Amakye Dede known in showbiz as Amakye Dede has disclosed how he composes most of his songs.

According to Amakye Dede, most of his songs composed are based on the feedback his fans give during live performances.

“I normally compose my songs whilst on stage performing. The reactions of fans to my music has always been an inspiration for the next record.”

”Most of my songs are recorded and mixed outside the country.” He said.

“In fact, there was a time I decided to quit music because it wasn’t easy doing music in Ghana in those days. I had to sometimes beg my producer at the time for my records to be released for sales.” He added.

”So I decided to go to Nigeria, whilst there I composed ‘To be a man na war’ and God being so good the record attracted the attention of many.”

Amakye Dede has over 20 albums to his credit. ‘Handkerchief,’ ‘Seniwa,’ ‘Brebrebe yi,’ ‘Mensuro,’ ‘Mabre,’ ‘Broken Promises,’ ‘Nsuo Amuna,’ and ‘To be a man na war,’ among others are some of his popular songs.