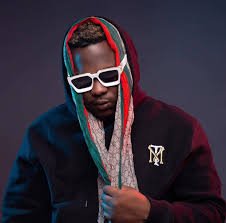 Ghanaian rapper Samuel Frimpong known in showbiz as AMG Medikal has retorted to claims that he earns money from internet frauding instead of music.

While speaking on Accra FM, Medikal said noted that he finds it insulting when people presume he has suspicious ways of making money when he has not given anybody that feeling.

“In my whole life, I don’t remember touching money which is a fraud. Every money is from my music. Before I travelled recently to America, I checked my Tunecore and I had over $40,000.” Medikal said.

According to Medikal, he makes a lot of money from his music streams and endorsements deals and not from fraud as people assume but he has never been a fraud Boy.
Medikal concluded that, if anyone ask him of his wealth in an interview, he will walk out.
ShareTweetShare
Previous Post