by Guest Post
in Transfers
Reading Time: 1 min read
A A
0

The second transfer window in the Ghana Premier league ended this dawn with teams having the opportunity to augment their squad. 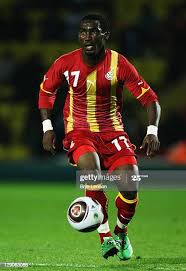 Accra Hearts of Oak were looking to strike a deal with former Black Stars defender, Lee Addy but they couldn’t reach a deal with him.

The centre back was heavily linked with hearts of oak after a verbal deal has been agreed between the two sides.

Lee Addy was expected to agree a deal with the phobians before the close of the transfer window on Thursday March 8, 2021 but the deal did not go through.

Information indicates that the seal couldn’t go through after coach Samuel Boadu shows little interest in the player.

The player was part of the Ghana team that made history at the FIFA world cup in 2010 in South Africa.