by Guest Post
in Featured
Reading Time: 2 mins read
A A
0 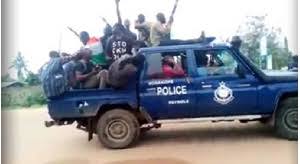 Peace and order is something that can not be played with in any way. Countries and international bodies try their possible best to spot the smoke as quick as they can and quench the fire even before it starts.

Ghana recently hosted a delegation of West African leaders to deliberate on the happenings in Mali and the way forward.

However, it surprises me that Ghana is playing around the smoke in its own kitchen instead of quenching it.

FEMINIZATION OF POVERTY; WEALTH IS NOT JUST A MAN’S WORLD

Ghana is set to contest elections this year. The electoral process in Ghana as in many other countries comes with its own tensions and factors that can threaten the peace and stability in the country.

That notwithstanding, there is a ticking bomb in the country that can explode anytime soon.

With the actions of secessionist groups in the Western Togoland are doing all sorts of things in their quest to break away from the state.  The peace of the country could be greatly disturbed as already seen in the Volta Region of Ghana.

It looks like Ghana is trying its best solve the problems of other countries whilst we wander in our own problems.

Although several arrests have being made, the Government led by the Nana Addo Dankwa Akufo-Addo isn’t doing enough in my opinion. 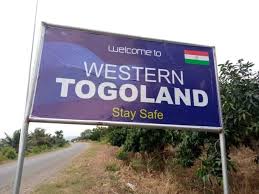 To my outmost dissatisfaction, the President, His Excellency Nana Addo Dankwa Akufu-Addo described this groups as a handful of people to which I disagree.

Well, If a handful of people could attack and takeover a whole Police Station then imagine what they can do when they are able to recruit more men.

However, in my opinion, the Government’s approach tin solving this issue isn’t enough. One can even be compelled to say that the government has disregarded the threat these groups pose to our stability as a country.

I will advise that the Government negotiate with these groups to know the reason behind their actions to know the root of the problem and uproot it.

I disagree that just arresting and prosecuting culprits will bring an end to this menace.

GOVERNMENT TO SENSITISE 4,000 SHS STUDENTS ON HYGIENIC USE OF THE INTERNET

GOVERNMENT TO SENSITISE 4,000 SHS STUDENTS ON HYGIENIC USE OF THE INTERNET