by Angela Dede Sackey
in Transfers
Reading Time: 1 min read
A A
0 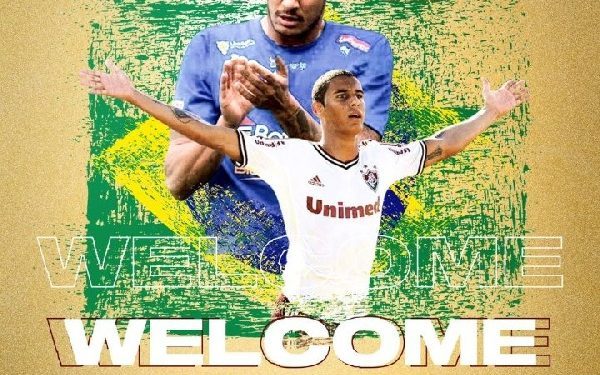 Kumasi Asante Kotoko have declared the signing of another Brazilian player, Michael Vinicius, few months after the arrival of Fabio Gama.

The airy striker had spells with Brazilian titans, Fluminense and Swedish sides Linkoping City and Vasalunds IF before joining Asante Kotoko on a two-and-a-half year deal.

Asante Kotoko took to their official twitter handle on Wednesday, March 17, 2020 to announce the news.

The Brazilian forward formerly of Fluminense (Brazil) , Linkoping City and Vasalunds IF (Sweden) joins us on a two-and-a-half year deal 📝https://t.co/HFqNI1A6Mo#AKSC #MichaelVinicius pic.twitter.com/8s2GXT1hu1

Watch some highlights of Vinicius showcasing his playing skills: