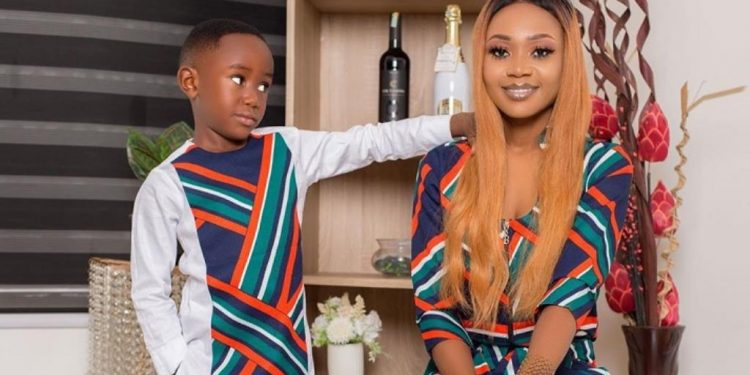 Akuapem Poloo was convicted after she pleaded guilty in court today, Wednesday, April 14, 2021, for posting nude photos of herself and her seven-year-old son on social media in June 2020.

She has been remanded into police custody. The court has postponed her sentencing to Friday, April 16, 2021.

This is to enable her to undertake a pregnancy test in comformance with the law concerning a woman who has pleaded guilty in court.

In November last year (2020), she pleaded she wasn’t guilty, but in court today,April 14, 2021, she convected her request from not guilty to guilty.

She pleaded guilty to all three charges and got sentenced on her own request by the court.

Akupem Poloo was charged with publication of pornoghraphic material, and two counts of relating in domestic violence.

SOWUTUOM: TROTRO TUMBLES AFTER KNOCKING DOWN TWO ROBBERS ON MOTORBIKE

UCL: LIVERPOOL KNOCKED OUT OF CHAMPIONS LEAGUE BY REAL MADRID

UCL: LIVERPOOL KNOCKED OUT OF CHAMPIONS LEAGUE BY REAL MADRID