by Angela Dede Sackey
in Movie Review
Reading Time: 2 mins read
A A
0 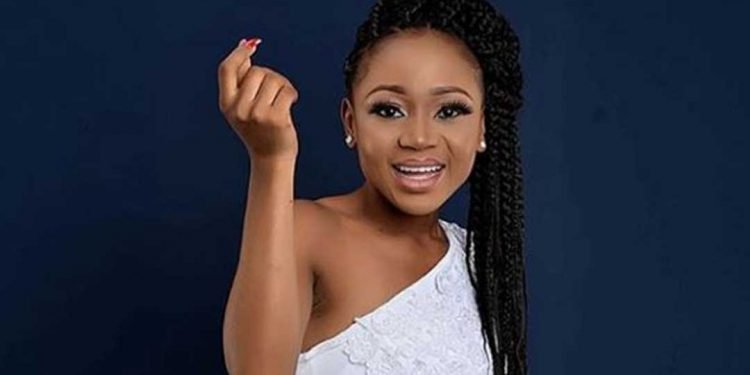 Akuapem Poloo was convicted after she pleaded guilty in court on Wednesday, April 14, 2021, for posting nude photos of herself and her seven-year-old son on social media in June 2020.

She has been remanded into police custody. The court has postponed her sentencing to Friday, April 16, 2021.

According to private legal practitioner, Bernard Owiredu Donkor, Akuapem Poloo can only face three-year jail term but her lawyers can argue to have her jail sentence reduced.

Rosemond Brown was remanded into police custody to enable her undergo a pregnancy test ahead of her sentencing on Friday, April 16, 2021.

This is to enable her to undertake a pregnancy test in comformance with the law concerning a woman who has pleaded guilty in court.

In November last year (2020), she pleaded she wasn’t guilty, but in court today,April 14, 2021, she convected her request from not guilty to guilty.

She pleaded guilty to all three charges and got sentenced on her own request by the court.

Akupem Poloo was charged with publication of pornoghraphic material, and two counts of relating in domestic violence.

Mr. Owiredu Donkor, in an interview on Citi TV said the court’s order for a pregnancy test on the Akuapem Poloo conveys that she will be handed a custodial sentence.

”But when a judge directs that you take a pregnancy test, as they do for female convicts, it means that we are in for a custodial sentence because the idea is that you don’t put a pregnant woman in jail.”

“Counsel is supposed to make a submission on behalf of the convict, which we call a plea of litigation, for the court to avert its mind to certain circumstances of the convicted person…If the judge finds that the plea for mitigation is something that she could consider, it could come in to mitigate the sentence.” He suggested.

“For misdemeanours, it is between a caution and a maximum of 3 years…Looking at the circumstances we have right now, I wouldn’t be surprised if she is given a custodial sentence, and it could be one day to three years.”

TOKYO OLYMPICS MAY BE CANCELLED DUE TO COVID-19 FEARS

TOKYO OLYMPICS MAY BE CANCELLED DUE TO COVID-19 FEARS